The clinical approval of biological therapeutics inhibiting CTLA-4 (ipilimumab), PD-1 (nivolumab, pembrolizumab) and PD-L1 (atezolizumab, avelumab, durvalumab) has ushered in a revolution in the field of cancer immunotherapy. Thus far, the approvals have occurred in a small number of cancer histotypes including melanoma, non-small cell lung cancer and urothelial cancers, but over 2000 active clinical trials of these drugs are ongoing. The common mechanism of action that links these agents together is that they target T cell checkpoint pathways. The role of T cell checkpoint receptors is to down-regulate T cell proliferation and effector function after these processes have been initiated by stimulation of T cells via the T cell receptor (TCR) and CD28, the primary T cell costimulatory receptor.  Checkpoint receptors prevent the immune response from continuing unchecked which could potentially harm the animal with autoimmune or inflammatory damage. The successes associated with checkpoint inhibitors as a class has led to exploration of other checkpoint receptors (e.g., TIGIT, TIM-3, LAG-3) as potential targets for therapy. The potency associated with targeting these pathways in patients is under investigation in over 60 clinical trials. In addition to checkpoint inhibitors, drug developers are pursuing other approaches toward enhancing anti-tumor immunity in patients. This blog will explore some of the other approaches that are both investigational and clinically approved.

T Cell Costimulation:  Is There a Path Forward?

In 2006, a potent agonist antibody specific to CD28 (TGN1412) was tested for safety in healthy human volunteers.  CD28 is the primary costimulatory receptor in T cells, and its stimulation via CD80 or CD86 on antigen presenting cells is required for full activation of naïve T cells when it occurs synchronously with engagement of the TCR. Even at a very low starting dose (0.1 mg/kg), the CD28 agonist antibody was not tolerated and resulted in severe cytokine release syndrome (CRS).1 This was the first setback in strategies directed toward targeting a stimulatory pathway rather than an inhibitory checkpoint pathway (e.g., CTLA-4) in T cells. Subsequently, drug developers have targeted less potent costimulatory pathways required for sustaining T cell survival, proliferation, and effector functions. Agonists to OX40 (CD134), 4-1BB (CD137) and GITR (CD357) are all in various stages of both pre-clinical development and ongoing clinical trials. The common feature of these targets is that they are all members of the tumor necrosis factor receptor (TNFR) superfamily. A significant amount of preclinical data on each target has validated a path to the clinic for agonists to each.

The OX40 pathway has been shown to play a role in sustaining T cell proliferation, inhibiting Treg function and promoting memory T cell expansion.2 OX40 expression is induced by T cell activation. The stimulation of OX40 via OX40L or agonist antibodies promotes anti-tumor T cell responses in multiple syngeneic mouse models. We have shown that some syngeneic models respond to anti-OX40 including EMT6 and CT26, but anti-OX40 rarely elicits tumor free survivors in mice with established tumors (Figure 1). Clinical data from a phase I trial of a mouse anti-human OX40 agonist antibody provided encouraging results with objective responses in 40% of patients.3 A combination phase I trial of MOXR0916 (OX40 agonist) and atezolizumab revealed two objective responses.4 Phase I/II clinical trials with eight OX40 agonists under development by Pfizer, Incyte, Bristol-Myers Squibb, MedImmune/AstraZeneca and Genentech/Roche are ongoing. The data that emerges from these trials will provide important insight into the clinical benefit of stimulating this pathway.

The 4-1BB (CD137) receptor is another activation induced costimulatory molecule that has been shown to have an important role in both T cell and NK cell biology. It functions to promote cell survival by upregulation of antiapoptotic proteins, effector cytokine production and expansion of CD8+ T cells.5 This can result in significant preclinical efficacy when agonists are tested in syngeneic tumor models. We have shown potent anti-tumor activity with anti-CD137 in established CT26 and EMT6 tumors (Figure 2) wherein tumor free survivors are common. Two clinical-stage agonist antibodies to CD137 have advanced sufficiently in clinical trials to have phase I/II data available for review. Urelumab (BMS-663513) is a human IgG4 agonist antibody which showed pharmacodynamic activity in patients as measured by elevation of IFN-induced cytokines.6 However, this was accompanied by some severe adverse events, the most common of which were fatigue, ALT elevation and AST elevation. Utomilumab (PF-05082566) is a human IgG2 agonist antibody which showed more favorable tolerability with only fatigue commonly reported and no transaminase elevations.7 However, the objective response rate was 3.8% in all patients and 13.3% in patients with Merkel cell carcinoma. Several larger clinical trials are ongoing that should provide more robust patient response rates and further insight into the clinical benefit of targeting this pathway.

Glucocorticoid-induced TNFR-related protein (GITR, CD357) is another member of the TNFR superfamily that plays a role in the regulation of T cells. It is constitutively expressed on Tregs and like many other TNFR family members, GITR expression is induced on effector T cells after their activation.8 GITR stimulation of T effector cells promotes proliferation via enhancement of cytokine production (e.g., IL-2 and IFN-g) and upregulation of CD25. In Tregs, GITR promotes proliferation but inhibits their suppressive activity. As with other costimulatory receptors, agonist antibodies to GITR can promote potent anti-tumor activity in syngeneic mouse models. We have observed quite modest activity in the EMT6 breast cancer model with an anti-GITR agonist antibody, but in contrast robust anti-tumor activity in CT26 tumors with a large percentage of tumor free survivors (Figure 3). BMS-986156 is a human IgG1 agonist antibody to GITR. In a phase I/IIa trial with BMS-986156 in combination with nivolumab, pyrexia, chills and fatigue were the most commonly observed non-severe adverse events.9 TRX518 is a human agylcosyl IgG1 agonist antibody to GITR also in early clinical trials, and it showed similar acceptable tolerability in early trials, as well as, evidence of Treg depletion.10 There are multiple phase II trials for these and other agonist antibodies ongoing to evaluate patient response rates and impact on overall survival. The next few years will see the release of phase II/III clinical data for many of the costimulatory agonists and these clinical results will inform the research community as to the ongoing value in attempting to drug these pathways.

While the therapeutic approaches to target costimulatory pathways are still being evaluated for clinical efficacy, autologous adoptive cell therapy (ACT) approaches to treat hematologic malignancies had drug approvals in 2017. The approval of tisagenlecleucel and axicabtagene ciloleucel, both CD19-directed chimeric antigen receptor T cell (CAR-T) therapies, has opened a new realm of individualized adoptive cell therapy whereby a patient’s T cells are genetically modified to recognize an antigen expressed on the surface of tumor cells. Tisagenlecleucel is approved for use in non-Hodgkin lymphoma (NHL) and B-cell acute lymphoblastic leukemia (ALL), and axicabtagene ciloleucel is approved for use in non-Hodgkin lymphoma (NHL). These ACT approaches require a target antigen on the surface of the tumor cells for the CAR-T cells to recognize and kill them.

Most preclinical pharmacology to assess the activity of CAR-T cells has been done with human cell line xenograft models in immune-deficient mice. However, human T cells are highly susceptible to cell killing via mouse NK cells present in most of the standard immune-deficient strains used for human xenograft research (e.g., athymic nude, NOD SCID). This has led most researchers assessing ACT pharmacology to use NSG, NOG, or NCG mice in their research. These strains all lack B and T cells due to disruption of the Prkdc gene, but also lack NK cells due to the targeted deletion of the IL-2 receptor common gamma chain gene (IL2rg). The dual T and NK deficient mice are permissive for more sustained CAR-T persistence. We have characterized the growth of some of our human xenograft cell lines in NSG mice to support the assessment of CAR-T and other ACTs. Please contact us to speak with one of our scientists about models validated in NSG mice. More specialized transgenic variants of NOG have been generated to promote survival of ACT, including the hIL2 NOG and hIL-15 NOG which express human IL-2 or human IL-15, respectively. In some cases, this supplementation is necessary because mouse IL-2 and IL-15 do not bind the human IL-2R and IL-15R to support survival of the human CAR-T cells.

The clinical success of ACT thus far has been limited to hematologic malignancies, but many clinical trials are ongoing to assess CAR-T and other approaches to treat solid tumors. These cellular therapies will face the same immunosuppressive barriers to successful anti-tumor immunity that all immunotherapies face in solid tumors including the expression of PD-L1, transforming growth factor-b (TGF-b), indolamine 2,3-dioxygenase 1 (IDO1) and stromal barriers to their activity. Overall, the preclinical hematologic cancer xenograft model data was predictive of the future clinical successes in NHL and B-ALL. It remains an open question as to whether the preclinical xenograft data with subcutaneous human epithelial cancers will also prove predictive for responses in patients with solid tumors.

It’s an exciting time in immuno-oncology research and we continue to invest in model and technology development to support assessment of your novel immunotherapy.

About the Author: Dr. Dylan Daniel is an immunologist and preclinical oncology pharmacologist with leadership experience in all phases of early R&D for oncology and cancer immunotherapy. Dr. Daniel has a Ph.D. in Microbiology and Immunology and post-doctoral immune-oncology work with genetically-engineered mouse models. 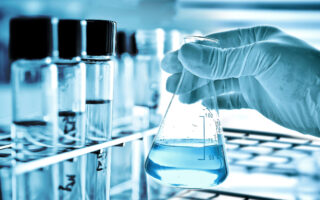 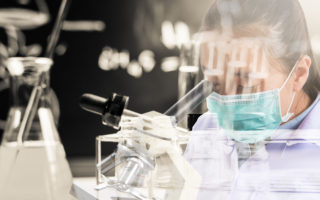 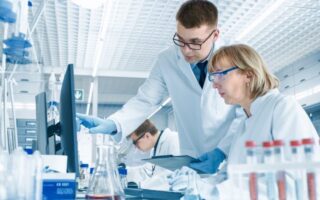 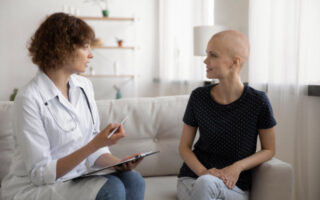 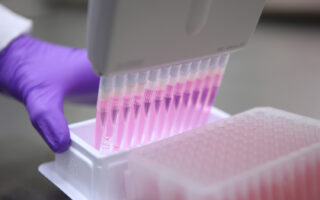