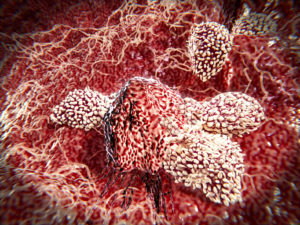 Natural killer (NK) cells first earned their title as “killers” nearly 40 years ago when researchers observed the rapid immune response of these lymphocytes as they destroyed host cells infected with a virus or tumor cells. It seemed that NK cells could attach spontaneously without prior activation. Over time, researchers have learned more about the molecular mechanisms that regulate their activation and function.

Today, the NK cell assay is used to support specialty immunotoxicology studies for safety assessment. We work with clients that often ask us about performing a NK cell functional analysis and the role of standard immunophenotyping to enumerate cells. This article addresses these questions by providing a brief background on the innate immunity of NK cell biology and comparing assay methods.

A Balance Between Innate and Adaptive Immunity

T cells and B cells serve as the primary players in our adaptive immunity. With a slower immune response (4-7 days), they are very specific as each cell recognizes only one antigen, leading to long-term immunological memory. Adaptive immunity gets a lot of attention as a so-called smart, versatile, evolved and responsive system by protecting the host when the basic pattern recognition is insufficient.

Cells within the innate immunity category are much quicker and non-specific, where each cell’s duration is temporary as it interacts with many pathogens. Innate immunity can help control infections while the initial adaptive immune response is developing. For example, neutrophils are usually first to attack by destroying a bacteria or virus or any other entity that may cause disease. Macrophages then pick up the broken pieces and present them to the adaptive immune system.

Working together, the innate and adaptive systems must maintain homeostasis, an important part of achieving balanced immunity.

The Unique Function of the NK Cell

NK cells have the unique ability to recognize stressed cells in the absence of antibodies and MHC-I, allowing for a much faster immune reaction – and serving as critical defense against viral infection and cancer cells.

The NK cell activity assay is listed in the ICH’s guidance S8 Immunotoxicity Studies for Human Pharmaceuticals, but this guidance can be considered too vague. Sponsors often ask our experts to define more prescriptive steps. At a high level, the effector cells contain NK cells and the target cells lack MHC-I expression. A co-culture of effector and target cells in different ratios can measure target cell death.

Several NK cell activity assays are available, each with their own method of assessment. The high-throughput Chromium-51 (51Cr) release assay has been used for over 40 years and is considered a gold standard. The target cells have low MHC-1 expression in the assay are labeled with radioactive Chromium. When the target is attacked by the NK cells and killed, it triggers a spontaneous release of 51Cr, which can be measured to determine NK cell function.

However, the requirements around producing the radioactive material, handling it and proper waste disposal have led to 51Cr falling out of favor for a few replacement assays. The ICH S8 guidance recognizes this shift and mentions that “new methods that involve nonradioactive labels can be used if adequately validated.” These newer methods include:

▶ Plate-Based Colorimetric Assay: Similar to the 51Cr release assay, the plate-based colorimetric assay uses an enzyme in the target cell that causes an enzymatic shift in the optical density of the wells when the cells are killed and the enzyme is released. This shift can be captured to measure the effect of the NK cells. Although this is a high-throughput method, it cannot distinguish between target and effector cell death.

▶ Plate-Based Fluorescent Assay: Like the plate-based method, fluorescent-based assays measure using a fluorescent plate reading and are also considered high throughput. However, during our in-house validations, we found a few limitations with uneven labelling of target cells with Calcein-AM (acetoxymethyl) and spontaneous release of Calcein-AM.

▶ Flow Cytometry: This method can individually enumerate both target cells and effector cells. Flow cytometry helps us assess cell death on a single cell basis, monitor viability of the cells and allows for some interesting, additional endpoints in a study. While it is not considered a high throughput method, we have compensated for that limitation by running the assay on a plate and transferring it into our cytometers to measure target cell death.

Running an NK cell activity assay is not a straightforward process, especially if evaluating results at multiple time points. However, with proactive planning and validated processes, NK cell functional analysis can support a range of various immunotoxicity endpoints in a study, from discovery and development to the clinic.

Dr. Frantz is the site scientific lead for immunotoxicology at the Covance Madison location. He serves as the contributing scientist or principal investigator as an immunotoxicologist and interprets and reports immunotoxicology data. Dr. Frantz has overall responsibility for the technical conduct of toxicology studies, including interpretation, analysis, documentation and reporting of results. He has more than 15 years of experience in academic research and received the 2013 Dr. Alvin Webber DVM/PhD Scholarship Award and 2011 Doctoral Dissertation Fellowship at the University of Minnesota. Before joining Covance and while at the Comparative Pathology Core Facility at the University of Minnesota, Dr. Frantz developed novel immunochemistry techniques, stains and preparations, and an electronic system for tracking clients, cases and project status. He earned his PhD in comparative and molecular biosciences as well as his DVM from the University of Minnesota. 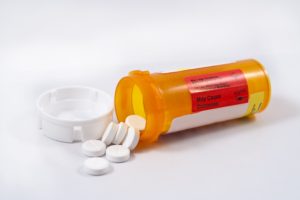 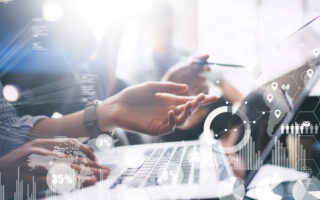 Using data visualization tools on SEND datasets: a graph is worth a thousand data points 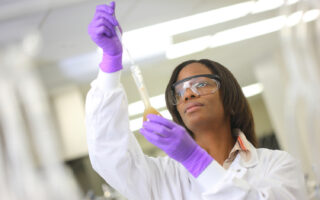 Immunogenicity studies for the coronavirus vaccines: How to stay on track and build testing capacity even during COVID-19